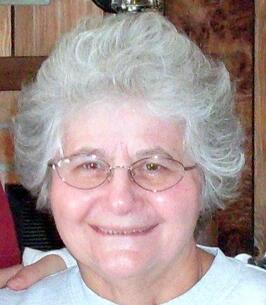 Eleanor (Zancanella) Zemlock gained her heavenly wings on Sunday November 13, 2022. She was 85 years young. Eleanor is survived by her four sons Scott (Sahara), Michael (Diane), Joseph (Debbie) and Andrew. She is also survived by eight grandchildren, five great-grandchildren and her much loved dog Lovebug.

Eleanor joined the United States Navy after high school where she served her country as a Hospitalman third class. She was honorably discharged from the Navy on December 9, 1959. Eleanor enrolled in the Mercy Hospital School of Nursing and graduated on September 18,1963. On September 14, 1963 Eleanor married her high school sweetheart, Martin Zemlock. They were married for 51 years until Martin was called home to be with his heavenly father.

Martin and Eleanor were named Citizens of the Year in 1984 by the Glenwood Springs Chamber of Commerce. They were also awarded the distinguished Silver Beaver from the Western Colorado Boy Scout council. Eleanor belonged to several groups including the Red Hat Society, Bible Study , and a Cancer Support group. There was nothing she treasured more than to spend time with her family. Eleanor loved to travel, scrapbook, knit, make quilts, and read until her eyes wouldn’t cooperate with her anymore. Eleanor also liked to collect all kinds of figurines.

A viewing for Eleanor will be held on Thursday, November 17th from 2pm until 4pm at Farnum-Holt Funeral Home. On Friday November 18 at St Stephens Catholic Church at 9:30 am the rosary service will be said followed by the Funeral mass 10:00 am. Graveside services will follow at Rosebud Cemetery. With a reception to follow at Saint Stephens Catholic Church immediately following the graveside service.

Memorial donations can be made in Eleanors honor to Cub Scout Pack 225.

All rights reserved. This obituary is also archived at obittree.com